Our missions consisted of studying the architectural blueprints of specific metro stations, meeting the architects in order to absorb as much information as possible about the space and structure of said stations, analysing the incoming and outgoing passerby circulation and defining where to place which information at different spots inside and outside the station.

The modular graphic system for this wayfinding program was designed by IRB. 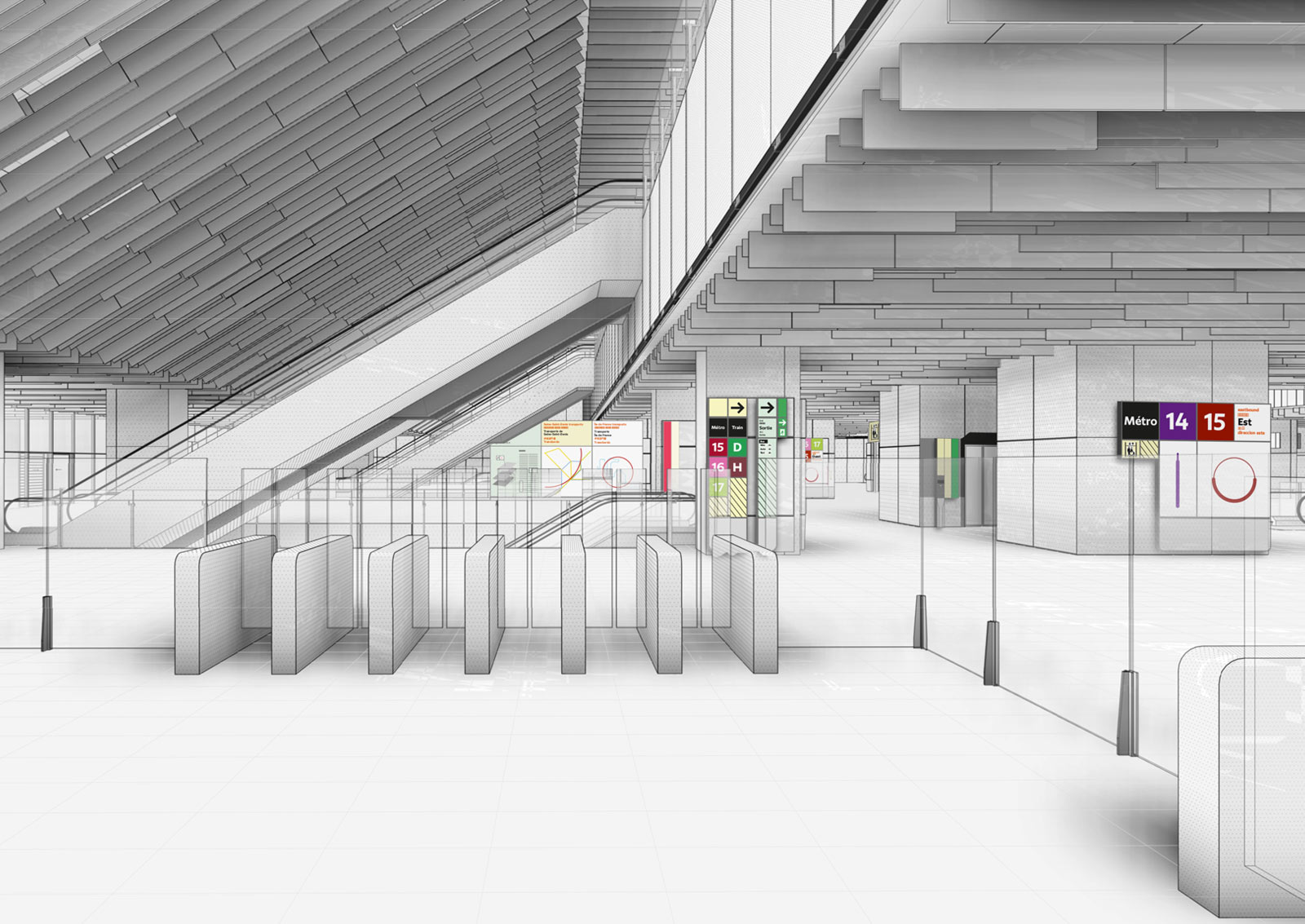 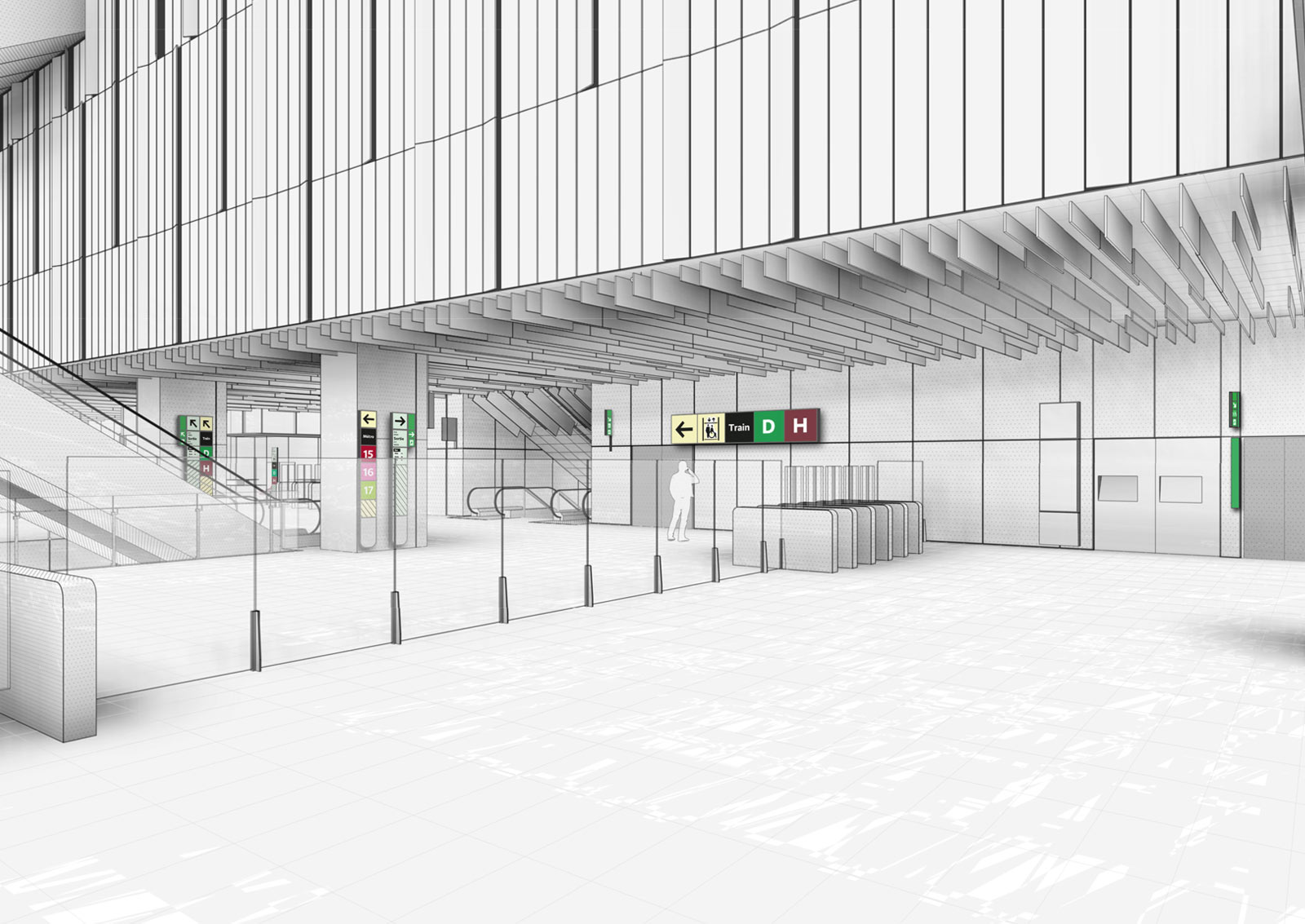 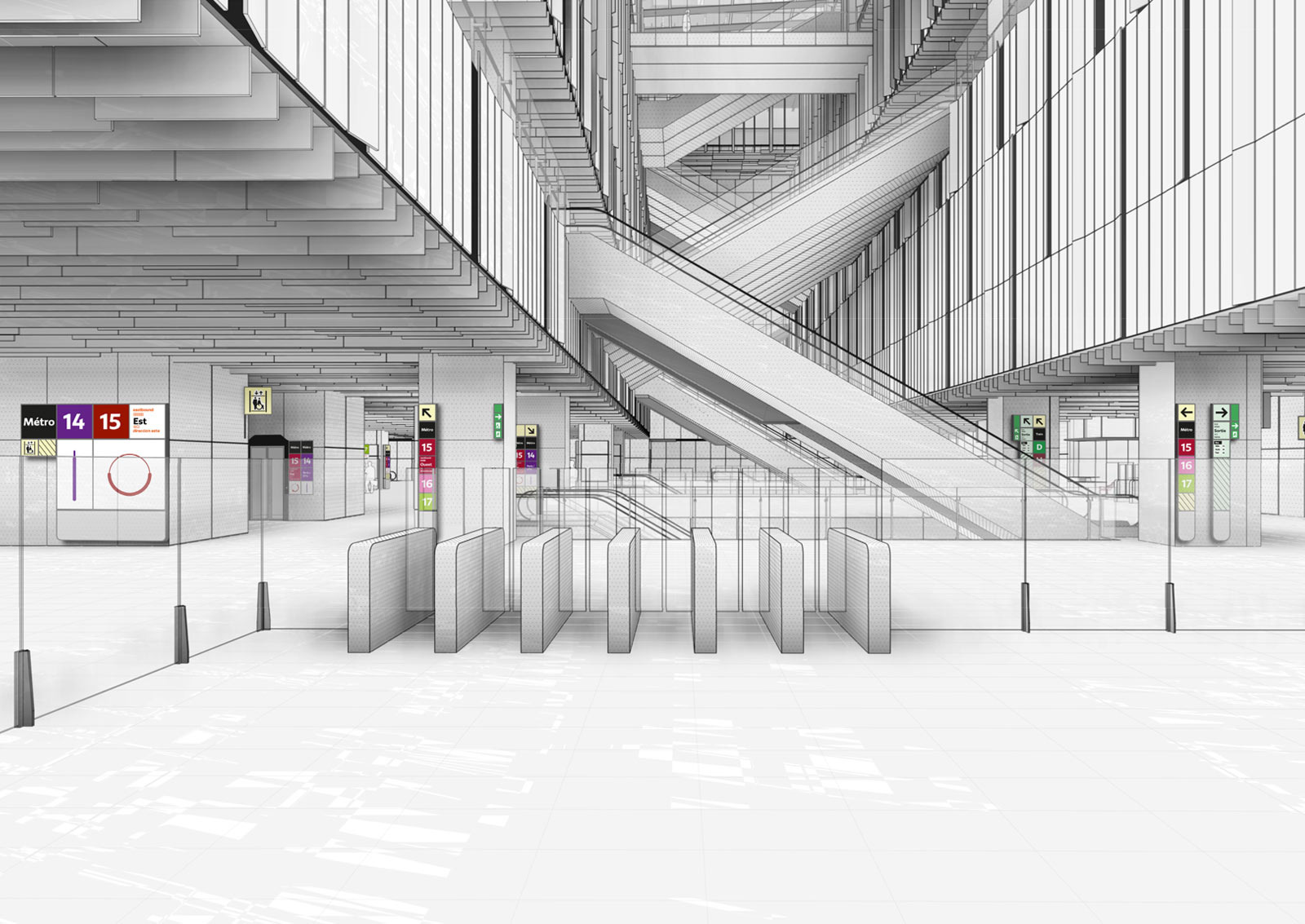 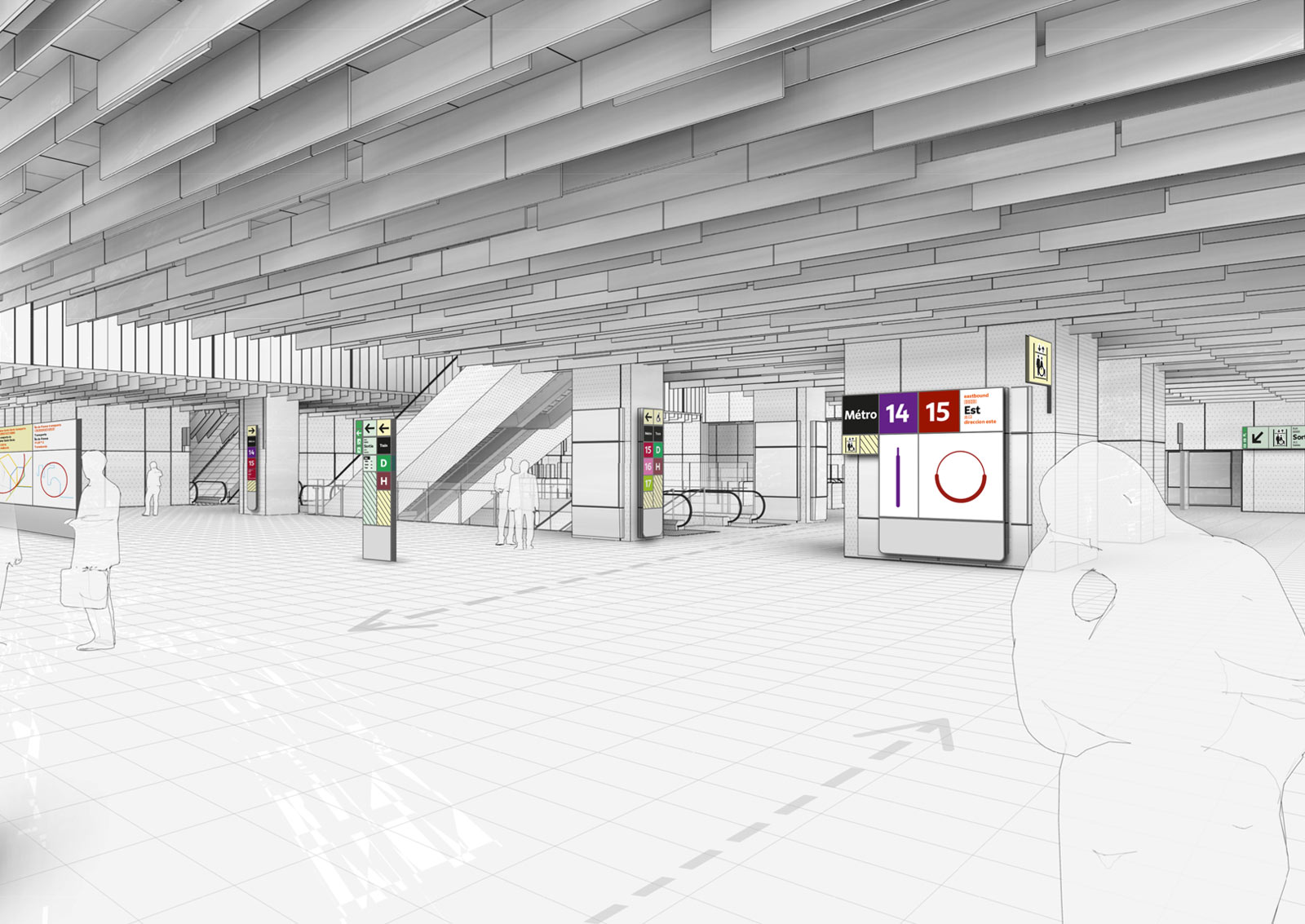 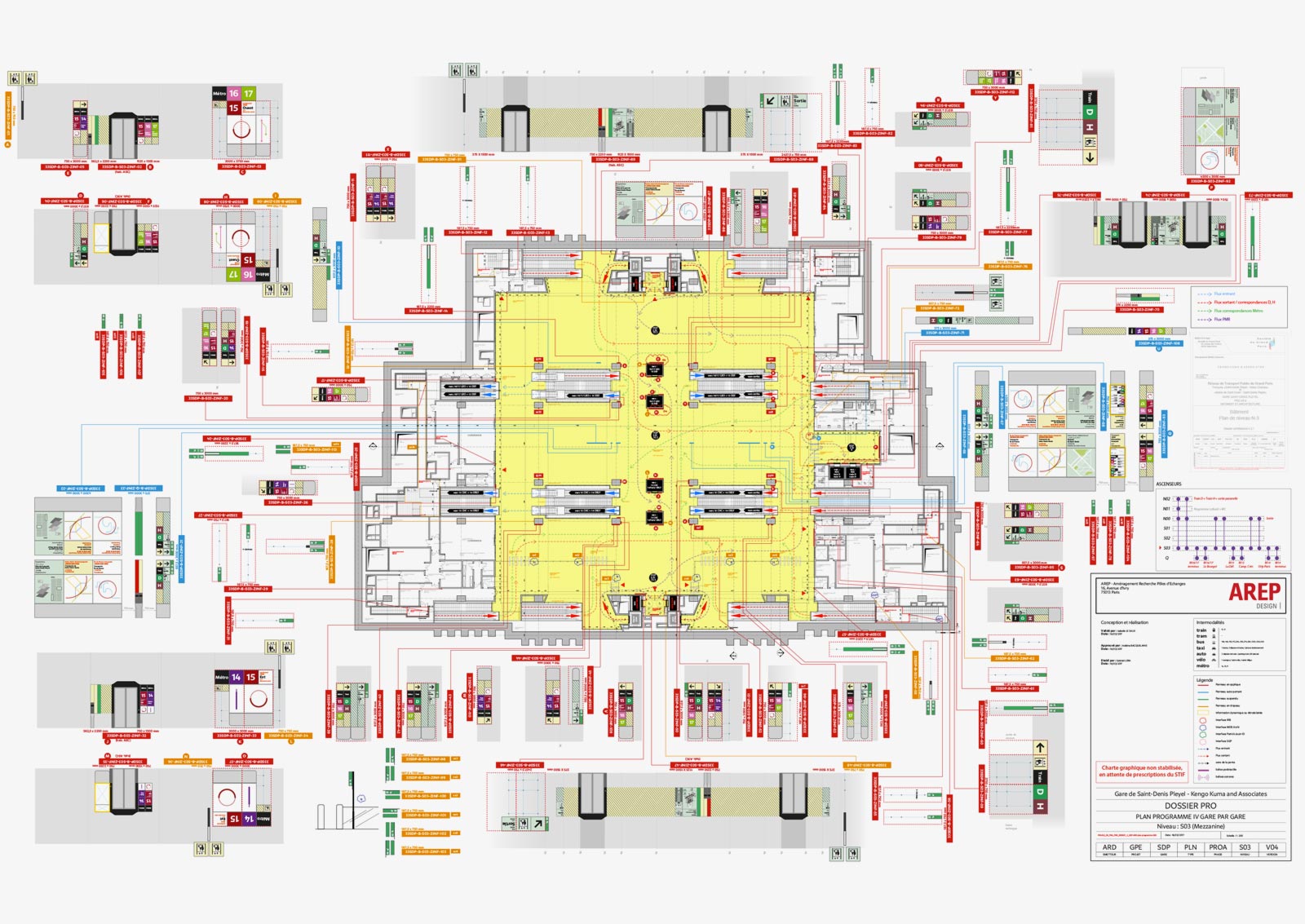 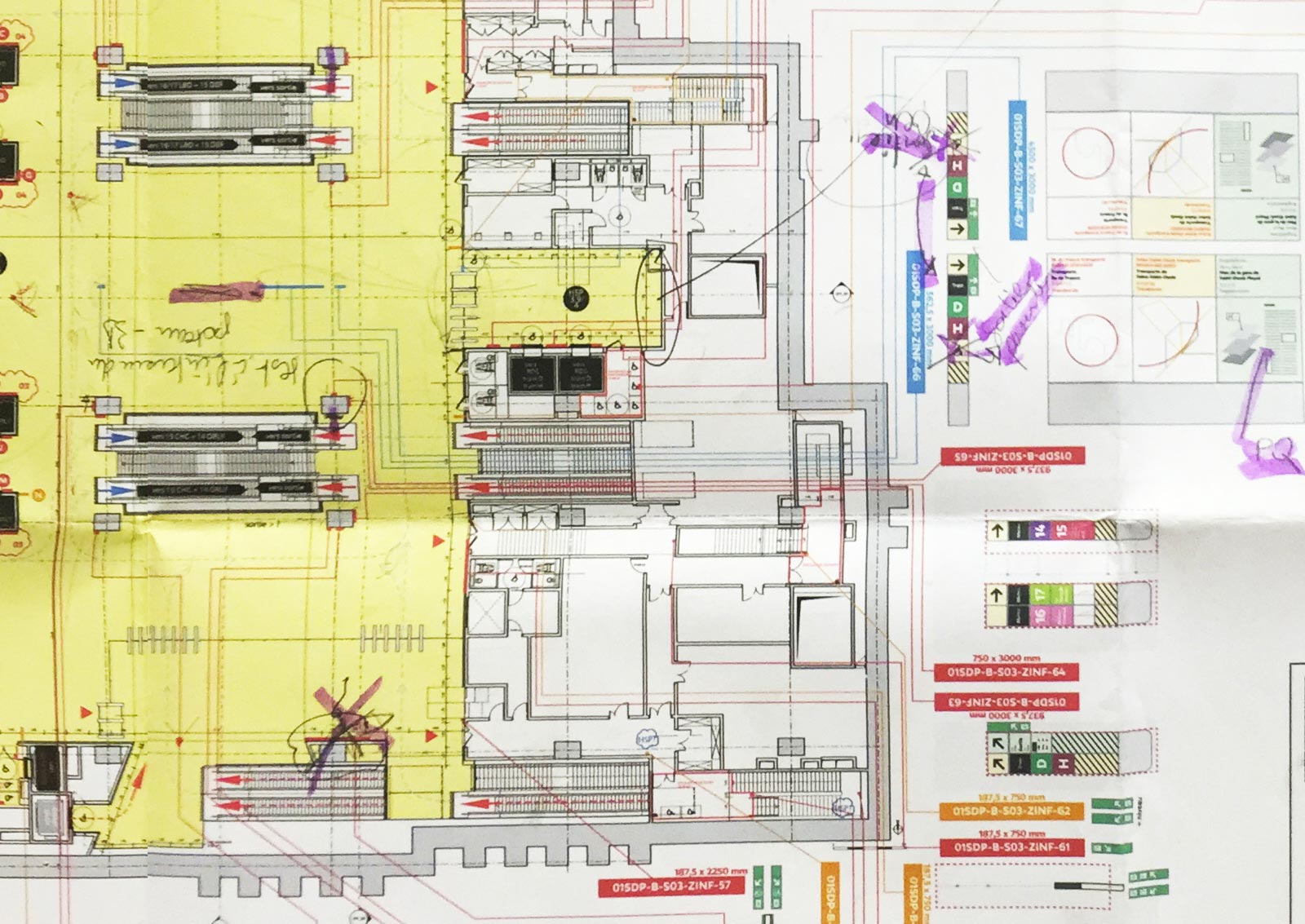